As both of my regular readers probably already know, I’ve pulled the plug and I’m leaving the boat sooner than planned. I was originally scheduled to fly back to Canada in early November but circumstances have changed. I always knew there was a chance that the Covid crisis might worsen (the ‘second wave’) so had booked a changeable flight. Add to that the rib injury, making it difficult to move the boat, probably well into October, and this seemed to be the logical choice.

Also, way in the back of my mind is the concern over the US election situation. I was scheduled to fly just two days after it so if things really heat up down there, I’d rather not have to deal with potentially enhanced security at airports.

All in all, it’s been an interesting summer cruising the canals. I have to say I’ve had a much better time than so many others! Just being able to get over and check on the boat was lucky, but I also managed to get many more miles under the keel…or baseplate. It turns out my total distance travelled was 328 miles and I did 144 locks. Much less than other years but not bad for a late start and severely truncated route. On the return to my winter mooring marina, I had some of the longest cruising days ever, as much as 10 hours. I took advantage of whatever good-weather days I could find as there was not many of them.

I had originally planned on returning from the Braunston area (as far south as I had intended) via the outskirts of Birmingham and Wolverhampton. As the summer went on, these areas started to experience more Covid outbreaks that I was comfortable with. There was the distinct possibility that there would be local shutdowns. This had happened in Leicester and for several weeks no boats could travel through that city. Or, for that matter, leave if they were already there. If this had happened to me it would have been quite disastrous for my schedule. In the end, I decided to retrace my route back to my winter moorings. This was shorter, safer (no large cities where the outbreaks seemed to be happening the most), and I knew the good mooring spots already.

I’ve now returned to Canada. The flights were awesome, I was on a brand-new Air Canada 787, capable of holding 275 people, with only about 30 of us aboard. The food was Covid-standard, a cold sandwich or salad, but I got extra wine and cookies. Everything was exactly on time, right into Victoria. Some amazing friends had my truck waiting at the airport all stocked with food so I could just head straight to the mountain for my 14 day quarantine.

Of course I’m a bit disappointed, and I’m not convinced I did the right thing, but I do feel somewhat relieved that whatever happens I’ll be in a safe place. I could have easily stayed on the boat through anything that came along as it’s a very comfortable place to live, but there was the chance that I’d be there well into the winter. That, in turn, would have meant missing skiing! Not something I was willing to chance. Also, with the ribs I’ve been getting pretty bored, not being able to move the boat. By the time they healed adequately, the weather would have likely turned cold and wet(ter).

I’ll probably be writing more posts in the next while since I have little else to do, and will post more pictures as I sift through them. I’ve also put a couple of crappy YouTube videos together, watch for them too (if you’re REALLY bored) at www.youtube.com/c/CanuckontheCut 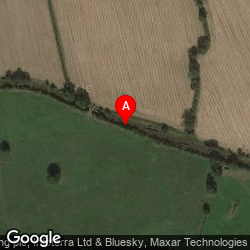