I sincerely hope everyone is coping well. I know it’s been harder on some than others; I’ve heard from friends that are struggling, others that are doing fine. Seems that many like working at home and there’s lots of discussion about a ‘new normal’ for many different aspects of our life. Let’s keep the good parts even as we shed the bad.

On the blog front there’s, again, not much to add. I’m back in Sidney now, the mountain isn’t that great in the spring when the rains start. Foggy and soggy. My condo renovation in Sidney is done and it’s very nice… It took me some time to get my stuff sorted and put away but I’m enjoying it now. Plus it’s convenient to be near the shops, I don’t have to buy enough food for weeks at a time. Most things are open in Sidney, it’s almost like nothing’s happening except for sidewalk service at some places, instead of inside shopping. Everyone is very respectful of the distancing so life goes on. Restaurants are mostly open for take-out, lots of groceries on the shelves, and I even found some hand sanitizer.

As for the plans to get to the UK, that’s pretty much still on hold. The canals are gradually opening up for cruisers so that’s really good news. However, as of June 8 incoming foreigners will have to quarantine for 14 days upon arrival. If staying on the boat is allowed, that works fine but they will likely need an address where they can check on me to make sure I’m not going out. We’ll have to see if the boat location (even in a marina) is acceptable. There’s a remote possibility that by July this might be lifted for Canadians, there’s quite a push over there to get tourism going again. London is in pretty good shape with a big drop in new cases, and much the rest of the country seems to be going in the right direction (except for a few locales). If the boat isn’t allowed, I’ll try to make other arrangements. I won’t go until the canals are totally open though, I don’t want to be ‘unwelcome’.

On that point, at the present time the hire boat companies are planning on starting nearly regular rentals in early July.  This was sort of my indication of when it might be acceptable for me to be on the canals. There will continue to be some restrictions to cruising however; for instance if you want to travel through a ‘controlled’ lock (where a lock keeper is needed) there will be limitations and usually a booking needed. It’s likely to be pretty open however. There’s a huge amount of pent-up energy and if this happens, I’ll look into going over in July. Fingers crossed!

2 Replies to “And the strange continues…a quick update” 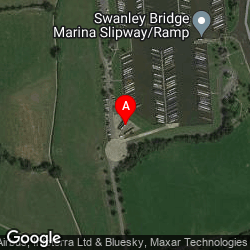