Jill and Peter have gone home and I’m sad and ronery now. It was simply the best week I’ve had over here. To be able to share this adventure with such good friends, to show them the beauty and tranquility, as well as the excitement and history, was a special treat for me. If I’m not mistaken, they enjoyed it a bit too. Romeo and Juliet was fantastic, even if I did know how it ended. After all, it was the Royal Shakespeare Company, in Stratford-upon-Avon!

The next few days we spent enjoying Stratford, visiting various Shakespeare sites. One was quite interesting, it was billed as “Shakespeare’s New House”, apparently a large house he bought and lived in after becoming Rich and Famous. The thing is, the house isn’t there! It got torn down many years ago and is basically an archaeological site. The house next door is period, so they’ve used that to show what it probably looked like… The other places to visit were in somewhat better repair. Jill particularly enjoyed Mary Arden’s Farm, the place where Will’s mother grew up, It’s a working Tudor farm/museum and is well worth a couple of hours to see.

I’ve mentioned a few times, and in a few places, how wonderful the visit with Peter and Jill was. That wasn’t solely because they are two of my best friends, I had missed them, and they’re such good company. There was more to it. It was a touch of home. We sat drinking coffee (like at home), talked about many different things (like at home), just enjoyed each others company (like at home). I’ve met many wonderful people over here, most of whom I hope to maintain contact with, but it’s a bit more special when we share such a bond, a long-time common experience and so many mutual friends (and otherwise). I can’t say enough what it meant to me that they made the long trek over here. And Jill didn’t get seasick! This might possibly be the only kind of boating she’ll ever do.

The trip back from Stratford was a bit eventful. As I left the outskirts, I was waved to a stop as I entered a lock. Apparently there was a problem with two of the gates. It seems a boat had rammed a couple of the ‘cills’ (the thick concrete base that holds the gate doors when the water pressure is against them) and broken large chunks off. The steel rim around the gate was therefore loose and very dangerous. After draining and inspecting, it was decided that both locks would need to be repaired, stopping navigation for several days. Fortunately, they refilled and ‘escorted’ myself and four other boats through (since we couldn’t make it back to moorings from where we were). Stratford was indeed cut off for the next 5 days or so. It was fortunate that I made it out, although a few extra days on the lovely River Avon wouldn’t have been a hardship.

Further along, I did the Hatton flight rafted up with a lovely family, Chris and the three kids did all the work! Myself and their mother (my apologies, I neglected to write down names) just drove the boats in and out of the locks, so we made it through 21 locks in less than 3 hours! If you read this, please sort me out on names!

The rest of the adventure continues apace. I’ve returned to Saltisford (Warwick) and had a wonderful couple of days’ visit with Wendy. We did some sightseeing and walking about, mostly just chatting and catching up. It was so nice… However, one of the reasons I’m back here is to get (more) work done. It seems the voltage regulator on the alternator has failed, sending far too much voltage into the batteries. I don’t think this is why the other battery tried to explode, this seems like a more recent problem. Anyway, I replaced the whole alternator (and did an oil change while in the engine bay). So that’s one more part of the boat that I now know the history of! Buying a used boat (or anything) leaves you a bit in the dark about the background and what might go wrong. It’s nice to have new parts in critical areas so can I trust them.

I’ll be off toward my winter mooring next, it’s about 25 miles away (as the crow flies) so shouldn’t take more than a couple of weeks. The canals are a bit winding, and there’s lots of locks between here and there. And it’s at an average of about 3 miles an hour. And one more thing…I’m in no hurry!

8 Replies to “A Visit to Write Home About…” 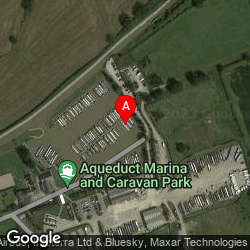