While in Reading I restocked some things, bought some new items, and visited London. It was a great little break, ending with an amazing overnight trip back up the K&A to The Cunning Man Pub. This was the location of my misadventures with water in my fuel on my first couple days out, so it had some memories. However, this time it was memorable for other reasons. Chris and Julie (from the Crick Boat Show camping blog post fame) dropped by and we puttered up the 5 miles and 4 locks for an overnight visit. It was fantastic. Just toodling along, it felt like a long-weekend in 24 hours. We caught up, drank a little, and just had a very enjoyable time together, again. Can’t wait to do it when they’re able to.

So now I’m heading up the Thames toward Oxford. As fast as I can. It’s not that I don’t like the Thames, it’s beautiful countryside, it’s just not a friendly little comfortable canal. There are far too many huge fibreglass yachts speeding past me (both directions). And one of them asked me if I was from Texas! That didn’t sit very well. Then the same fellow said to avoid a certain pub because the only have ‘pub food, not a real restaurant’. I didn’t stick with that boat, needless to say. It’s a bit sterile on the Thames. Very wide, very distant compared to the intimacy of the K&A. But, there have been some things to see. Amazing estates, wildlife, cool boats. And this. Such a typical English scene, a medievel steeple and nuclear power station in the same frame. I love this place.

I’m looking forward to Oxford and the narrow canals northward. Still making plans as to where I’ll go but I think after a stop in Braunston (narrowboat central) for some shopping, I’ll head to Stratford on Avon for some more (real) Shakespeare.

Oh, and I’ve made a valuable addition to the boat, as it’s the hottest summer since 1976 apparently. I have been pretty much roasting in this metal tube, not getting any work done on it. It’s simply been too hot. So I bought a fantastic awning:

Okay, it’s later (the next day, Friday the 13th so the computer tells me). I’ve made it to Oxford, have a great mooring (again!) within walking distance to the city centre and in a nice neighbourhood. Oh, and literally across the path from a pub name The Punter. My luck continues. Here are some pictures from the last couple of days, I’ll probably do another post about Oxford. I just got told what I need to see in Oxford, sounds like it’s for me (museums, old buildings, libraries).

2 Replies to “On to Oxford and beyond” 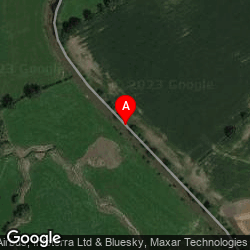